You are using Internet Explorer.

We don't discriminate but some browsers are better than others. To get the most out of dalestudios.co.uk, we recommend using a more up-to-date browser such as Chrome, Firefox, Safari or even Edge. You can browse the site in Internet Explorer but for the best experience, we recommend that you switch browsers. 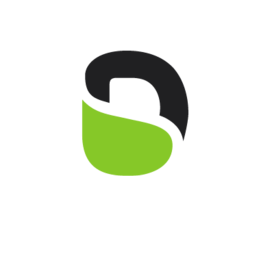 Sometimes good design isn’t about standing out but fitting in. Participoll, a premium add-on for Microsoft PowerPoint created by our long-time development partners Ultimateweb, found out exactly that recently when they deployed their new version for Office 365.

Participoll allows users to run live audience polling directly inside PowerPoint. It’s a powerful tool used by huge multinationals from Philips & 3M to KPMG & L’Oréal. As Participoll has evolved it has integrated more and more with PowerPoint’s charts feature but it’s UI hasn’t quite caught up – until now.

Having worked with the team at Participoll from day dot on their website & the product’s logo (a personal favourite of Tom‘s), we were approached to help move their UI on to keep up with Office 365’s new style. our brief was simple, take the plugin’s 12 icons and style them to match Office 365’s default toolbars. The theory is that, as Participoll now integrates more than ever with PowerPoint, so too should it’s UI – to help give user’s confidence that Participoll is meant to be in the toolbar.

Taking a look at the, often inconsistent, way in which Microsoft styles its icons, we set about re-drafting Participoll’s icons to match. We identified Microsoft’s default UI typeface, their limited UI colour palette, how they size elements relative to one another and what icons denote what. We recreated elements from Microsoft’s icon set in fresh, crisp vector formats and combined elements from several icon families to match the required aesthetic. The end result is a set of toolbar icons that feel a part of the furniture but are familiar and intuitive to regular Office 365 users.

We may request cookies to be set on your device. We use cookies to let us know when you visit our websites, how you interact with us, to enrich your user experience, and to customize your relationship with our website.

Click on the different category headings to find out more. You can also change some of your preferences. Note that blocking some types of cookies may impact your experience on our websites and the services we are able to offer.

These cookies are strictly necessary to provide you with services available through our website and to use some of its features.

Because these cookies are strictly necessary to deliver the website, refuseing them will have impact how our site functions. You always can block or delete cookies by changing your browser settings and force blocking all cookies on this website. But this will always prompt you to accept/refuse cookies when revisiting our site.

We fully respect if you want to refuse cookies but to avoid asking you again and again kindly allow us to store a cookie for that. You are free to opt out any time or opt in for other cookies to get a better experience. If you refuse cookies we will remove all set cookies in our domain.

We provide you with a list of stored cookies on your computer in our domain so you can check what we stored. Due to security reasons we are not able to show or modify cookies from other domains. You can check these in your browser security settings.

We also use different external services like Google Webfonts, Google Maps, and external Video providers. Since these providers may collect personal data like your IP address we allow you to block them here. Please be aware that this might heavily reduce the functionality and appearance of our site. Changes will take effect once you reload the page.